Margaret Atwood was born in 1939 in Ottawa, Canada and grew up in northern Ontario, Quebec, and Toronto. Throughout her writing career, Margaret Atwood has received numerous awards and honourary degrees. She is the author of more than thirty-five volumes of poetry, children’s literature, fiction, and non-fiction and is perhaps best known for her novels, which include The Edible Woman (1970), The Handmaid’s Tale (1983), The Robber Bride (1994), Alias Grace (1996), and The Blind Assassin, which won the prestigious Booker Prize in 2000. Atwood’s dystopic novel, Oryx and Crake, was published in 2003. The Tent (mini-fictions) and Moral Disorder (short stories) both appeared in 2006. Her most recent volume of poetry, The Door, was published in 2007.

Bodily Harm. A powerfully and brilliantly crafted novel, Bodily Harm is the story of Rennie Wilford, a young journalist whose life has begun to shatter around the edges. Rennie flies to the Caribbean to recuperate, and on the tiny island of St. Antoine she is confronted by a world where her rules for survival no longer apply. By turns comic, satiric, relentless, and terrifying, Margaret Atwood’s Bodily Harm is ultimately an exploration of the lust for power, both sexual and political, and the need for compassion that goes beyond what we ordinarily mean by love. 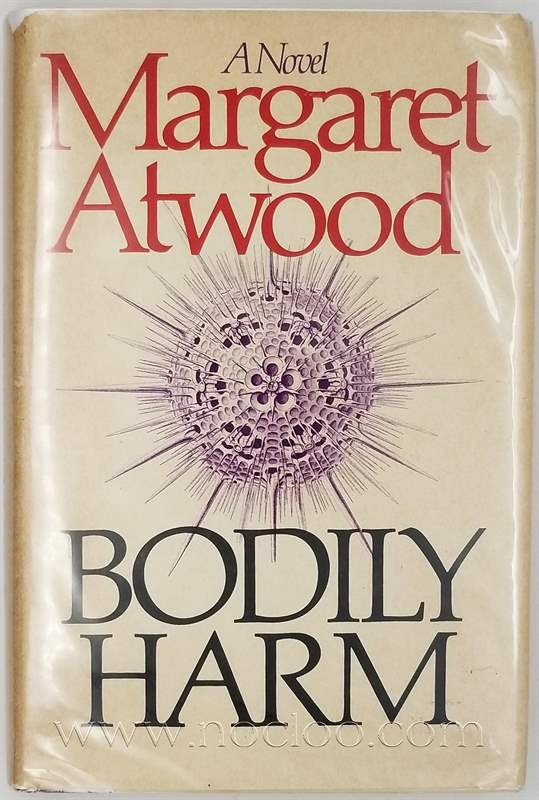