Viking, New York, 1952. Hardcover. First edition, first printing. Publisher’s green cloth, lettered in dark green to front board, stamped in red and black to spine; in the original pictorial dust jacket. Near Fine in a an original price clipped DJ, some minor chippings to head and tail of spine.

East of Eden features the intertwining stories of the Hamilton and Trask families. The former is based on Steinbeck’s own genealogical lineage, while the latter is a representation of the Biblical Adam and his descendants. Considered by Steinbeck to be his masterpiece work, East of Eden is a culmination of the major themes and strengths of Steinbeck’s other novels: an affinity for nature, the pervasive struggle between good and evil, familial relationships, and American history. During the writing process, Steinbeck chronicled the development of this novel with letters to his friend and former publisher Pascal Covici, the contents of which were published a year after Steinbeck’s death as Journal of a Novel: The East of Eden Letters. A lengthy yet popular tale originally intended by the author to teach his sons about the Salinas Valley in California, East of Eden has been adapted into a film, a musical, and a television miniseries. 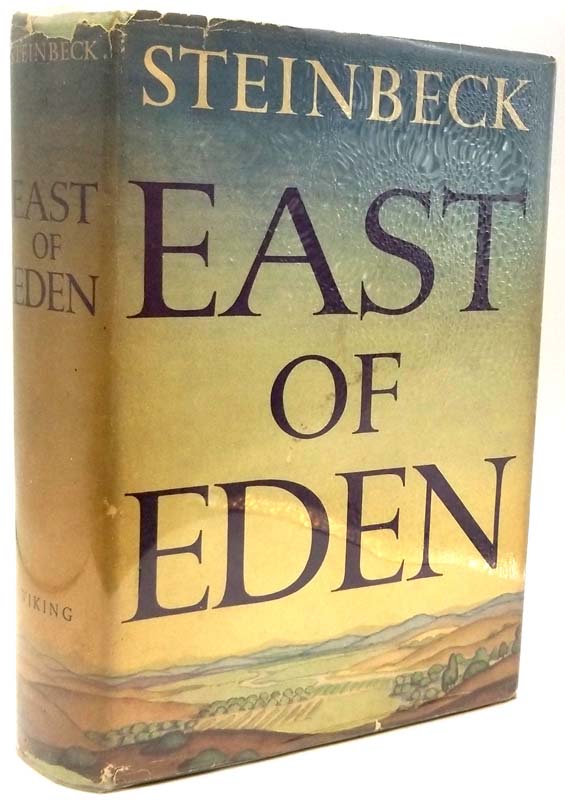