1948 reprint. Chipping at the tail of the spine of the DJ and sunfaded.  Binding tight, interior fine with no markings. DJ and frontis designed by Studley Burroughs. Overall a Near Fine copy in a Very Good DJ.

This book marks the last appearance of Opar and La in the Tarzan series, aside from the juvenile piece Tarzan and the Tarzan Twins with Jad-Bal-Ja the Golden Lion (1936), which was published later but is chronologically earlier. 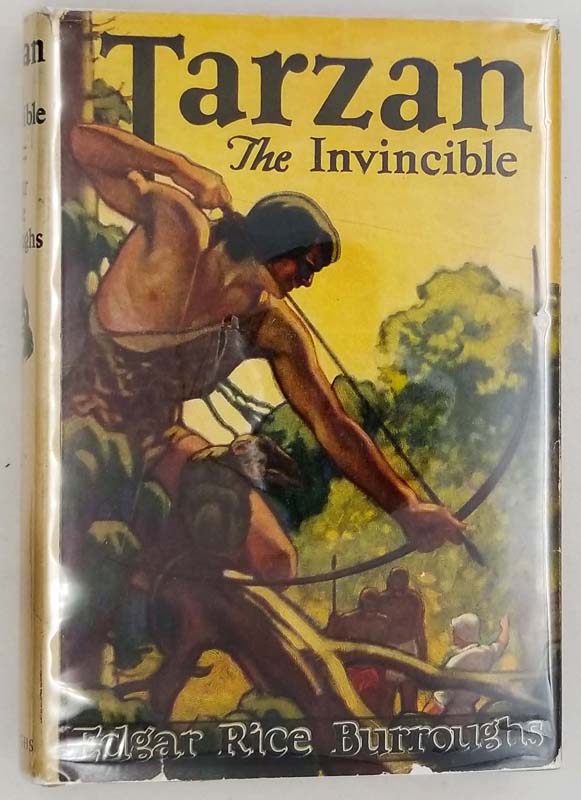