A biography of Henry Wilson, based off of his personal diaries. Wilson was a veteran of the 3rd Anglo-Burmese war and the Second Boer War. Speaking fluent German and French, he worked for the Intelligence Department of the War Office from the turn of the century until the outbreak of war. He heavily advocated the landing of the B.E.F. In France as a counter the German Schlieffen Plan, a move which later would prove decisive in preventing German immediate victory on the Western Front. He continued to command with prudency throghout WWI and was the principal military adviser to Lloyd George in the last year of the war. The preface by Marshal Foch (supreme commander of the Alllied Armies in France from 1918 to war’s end, pictured in the frontispiece of vol.II) includes the original French and a translation. 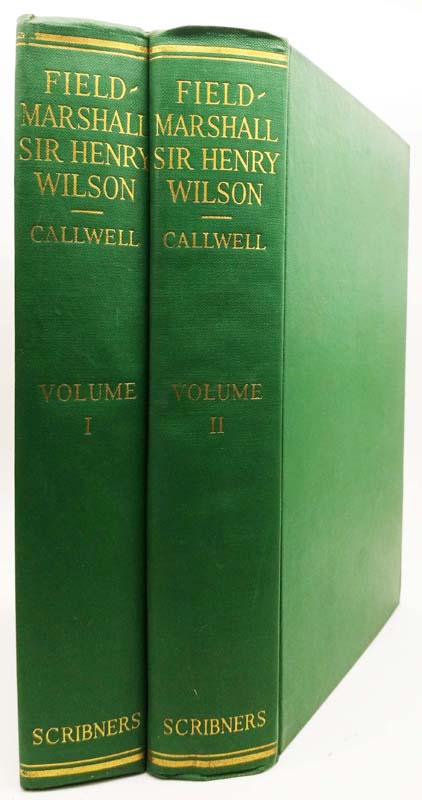