First edition, after the limited edition of 1000 copies. 4to, pictorial wrapper, slight crease on the front cover. Profusely illustrated by Michael Kaluta. In Near Fine condition.

In the literature of Science Fiction, there is no more an underappreciated and ignored piece of writing than Thea Von Harbou’s magnificent Metropolis. The book, a novelization of the screenplay the author wrote for her husband Fritz Lang’s film masterpiece of the same name, was a clever marketing move since the sales of one would drive the sales of the other. Yet the two existed as independent works of art. That proved true only too briefly.

Something happened soon after the film premiered. The film studio made drastic and clumsy cuts that made the plot impossible to follow. Censors, exhibitors, and distributors further slashed the film to under 90 minutes from its original length of 153 minutes. Consequently, the film’s reputation for unprecedented spectacle and imagination was forged by its transcendent and timeless visual beauty. And Van Harbou’s novel was largely dismissed as an informational bridge between the film’s original storyline and the multiple butchered versions.

Unfortunately, that has been the way the book has been shelved for most of its publishing history. But the book has a life and a shelf of its own. If the film had never come to be made, this book would still offer a fascinating and emotionally powerful reading experience. We see the stark thematic contrasts between light and dark, God and Satan, the saintly Maria and the demonic Rotwang, the conflicts between starry dreams and manual labor, between steamy pump rooms and airplanes ferrying through bright high rise avenues. We also see romantic love and its mechanical counterfeits, a fictional aspect of the novel that has become eerily true in the age of technosexual robots.

The novel has always stood on its own as a work of art, a work of romantic notions and hard experience, exploring the limits of thinking or clubbing our way out of life’s most horrific challenges. The novel offers a possible resolution: The mediator between brain and muscle must be the Heart. Words that ring eternally true. 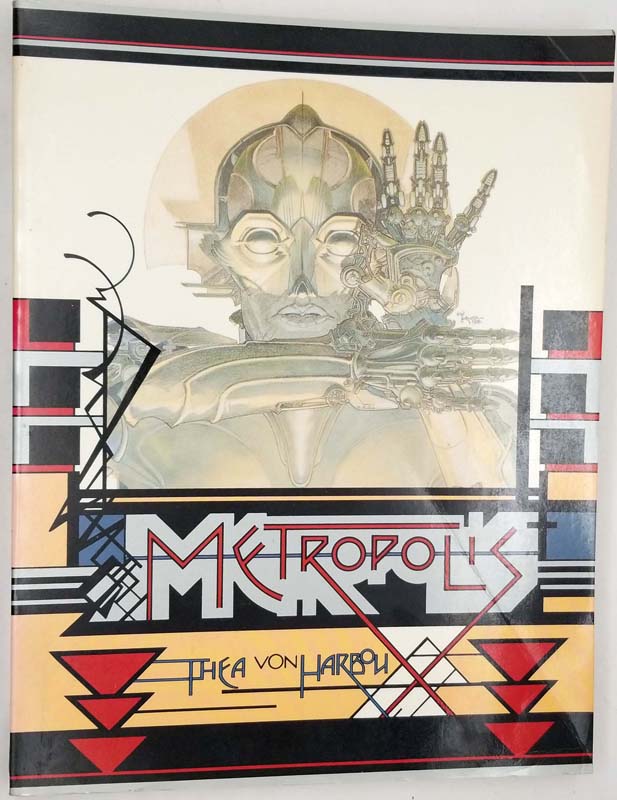