Near fine a Good DJ. First edition. Bound in blue cloth. DJ has minor chippings on the spine, price clipped.

Charles A. Lindbergh asks us how shall we break the grip of a scientific materialism whose values and standards will lead to the end of our civilization? By what higher moral force may we control the science that now threatens to destroy us? Science has become the victim of its technologists, as religion became the victim of its fanatics. Just as the spiritual truths of Christ were perverted by the temporal exploitation of Christian creed and dogma, so the intellectual truths of science are being perverted by the material exploitation of industry and war. 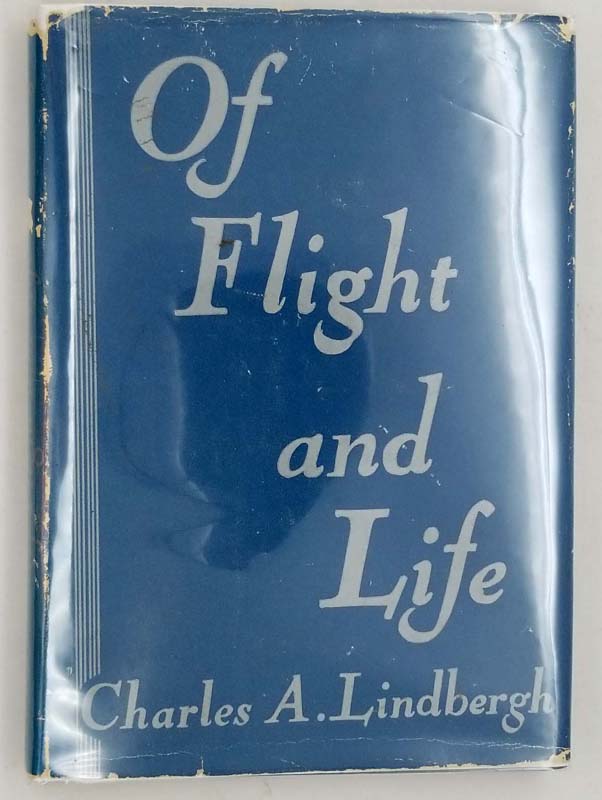