1940 reprint with a new 1st edition DJ. DJ has light chipping at the bottom. Binding tight, interior fine with no markings. DJ and frontis designed by J. Allen St. John. Overall a Near Fine copy in a Good or better DJ.

Tarzan and his lion companion Jad-bal-ja discover a mad scientist with a city of talking gorillas. To create additional havoc, a Hollywood
film crew sets out to shoot a Tarzan movie in Africa and brings along an actor who is an exact double of the apeman, but is his opposite in courage and determination. Later, as John Clayton, Tarzan visits Hollywood to find himself in a screen test for a role in a Tarzan movie. (He is deemed unsuitable for the lead role because he is “not the type.”) 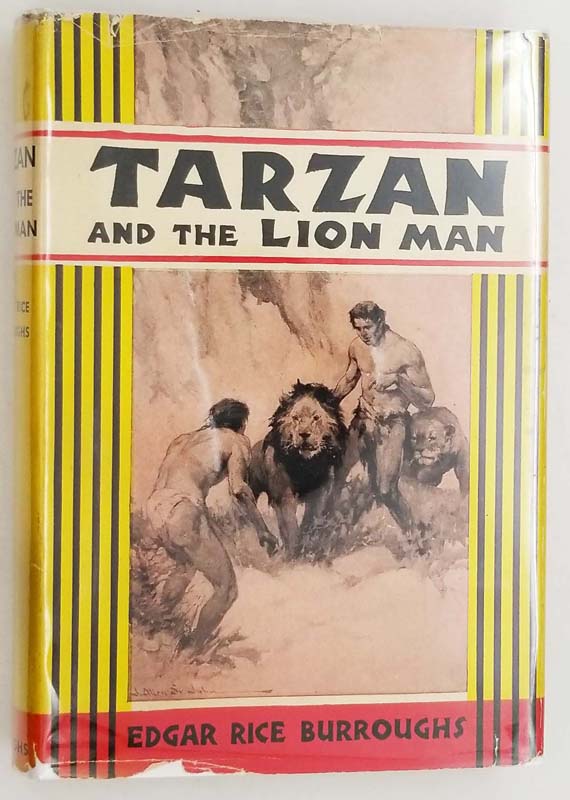