A.L. Burt, Co, NY 1914. 8vo, bound in dark blue cloth. Very good in a rare fair DJ. Binding tight, interior fine. This is an early 1914 edition, with the latest title of “The Beasts of Tarzan”, published in 1914 on the rear ads page. A beautiful copy of this early edition.

Tarzan of the Apes is a 1912 novel by American writer Edgar Rice Burroughs, the first in a series of twenty-four books about the title character Tarzan. It was first published in the pulp magazine The All-Story in October 1912 before being released a book in 1914.[1]

The story follows Tarzan’s adventures, from his childhood being raised by apes in the jungle to his eventual encounters with other humans and Western society. So popular was the character that Burroughs continued the series into the 1940s with two dozen sequels. 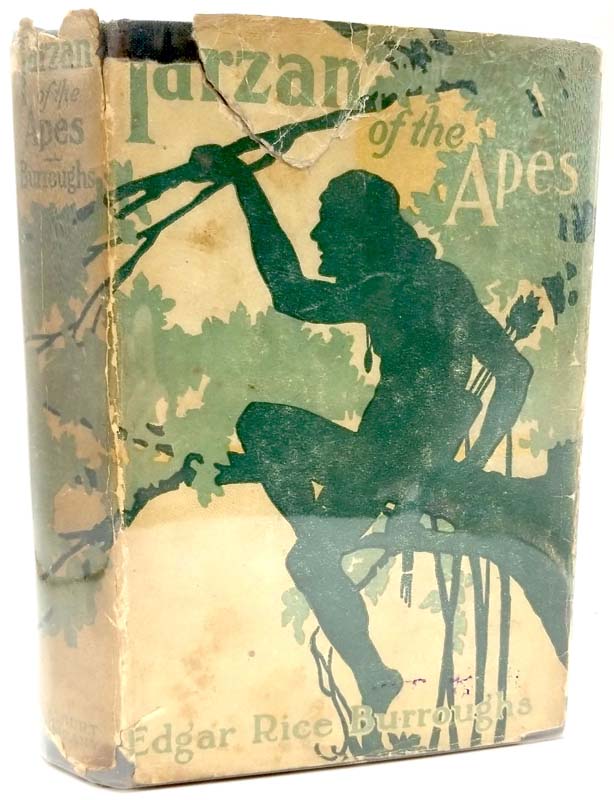