Putnam, New York, NY, U.S.A., 1989. First edition. Quarter-bound in dark turqoise board over light turqoise boards, with light green endpapers, bright gilt lettering to the spine, and the title decoratively gilt-stamped on the front board. Light chippings on top of edge of the DJ, book is in NF condition. Overall VG.

The novel centers around a group of women playing mahjong while feasting and sharing stories about their lives. The book was selected by the National Endowment for the Arts, with only seven other books (“The Great Gatsby”, “To Kill a Mockingbird”,” A Farewell to Arms”, “The Grapes of Wrath”, “Fahrenheit 451”, “My Antonia”, and “Their Eyes Were Watching God”), for the 2007 Big Read campaign, and was the basis of the 1993 Oliver Stone produced film of the same name, directed by Wayne Wang from a screenplay co-written by Amy Tan and Ronald Bass. 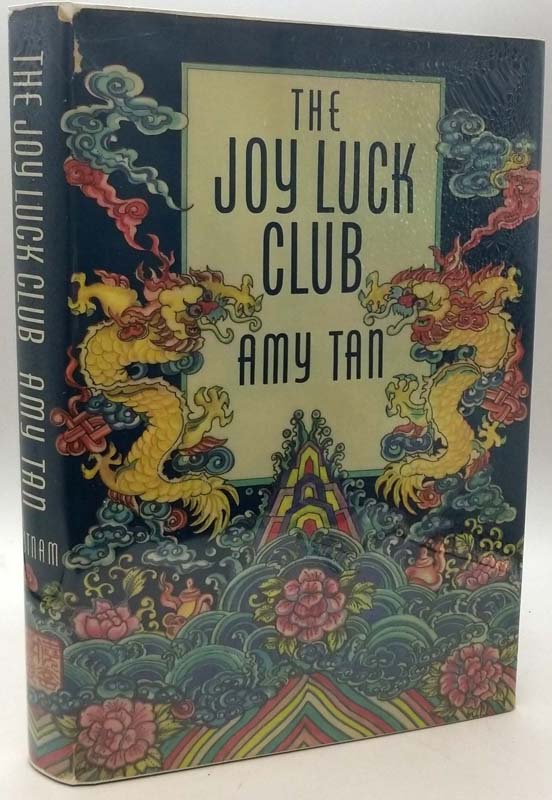