Terry Pratchett is an internationally acclaimed author who specializes in fantasy books. Terry Pratchett’s profoundly irreverent, bestselling novels have garnered him a revered position in the halls of parody next to the likes of Mark Twain, Kurt Vonnegut, Douglas Adams, and Carl Hiaasen.

Synopsis:
Once, in a gods-forsaken hellhole called Koom Valley, trolls and dwarfs met in bloody combat. Centuries later, each species still views the other with simmering animosity. Lately, the influential dwarf, Grag Hamcrusher, has been fomenting unrest among Ankh-Morpork’s more diminutive citizens—a volatile situation made far worse when the pint-size provocateur is discovered bashed to death . . . with a troll club lying conveniently nearby.

Commander Sam Vimes of the City Watch is aware of the importance of solving the Hamcrusher homicide without delay. (Vimes’s second most-pressing responsibility, in fact, next to always being home at six p.m. sharp to read Where’s My Cow? to Sam, Jr.) But more than one corpse is waiting for Vimes in the eerie, summoning darkness of a labyrinthine mine network being secretly excavated beneath Ankh-Morpork’s streets. And the deadly puzzle is pulling him deep into the muck and mire of superstition, hatred, and fear—and perhaps all the way to Koom Valley itself. 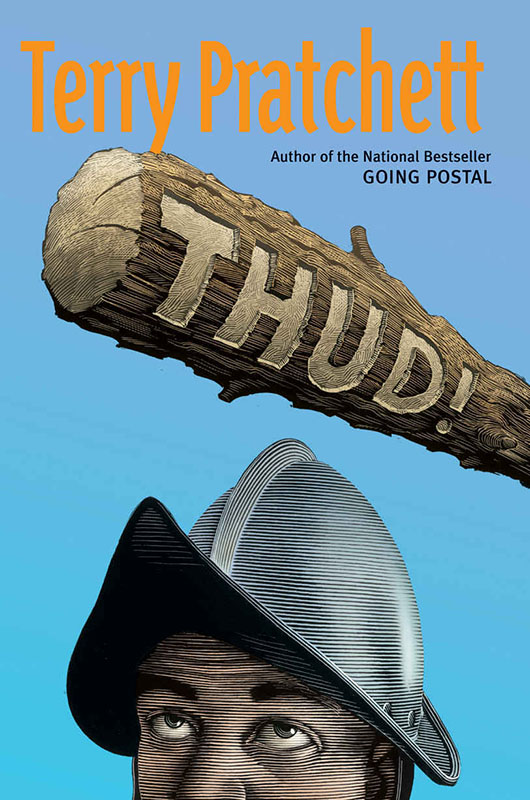