First edition. First Printing. Near Fine in a VG in unclipped Dustjacket, with tiny spotting to the front panel. Original sticker $22.50 present.

For the last half century, the novels of Philip Roth have re-energized American fiction and redefined its possibilities, leading the critic Harold Bloom to proclaim Roth “our foremost novelist since Faulkner.” Roth’s comic genius, his imaginative daring, his courage in exploring uncomfortable truths, and his assault on political, cultural, and sexual orthodoxies have made him one of the essential writers of our time. By special arrangement with the author, The Library of America continues the definitive edition of Roth’s collected works.

This fourth volume presents the trilogy and epilogue that constitute Zuckerman Bound (1985), Roth’s wholly original investigation into the unforeseen consequences of art-mainly in libertarian America and then, by contrast, in Soviet-suppressed Eastern Europe-during the latter half of the twentieth century. The Ghost Writer (1979) introduces Nathan Zuckerman in the 1950s, a budding writer infatuated with the Great Books, discovering the contradictory claims of literature and experience while an overnight guest in the secluded New England farmhouse of his literary idol, E. I. Lonoff. Zuckerman Unbound (1981) finds him far from Lonoff’s domain-the scene is Manhattan as the sensationalizing 1960s are coming to an end. Zuckerman, in his mid-thirties, is suffering the immediate aftershock of literary celebrity. The high-minded protégé of E. I. Lonoff has become a notorious superstar. The Anatomy Lesson (1984) takes place largely in the hospital isolation ward that Zuckerman has made of his Upper East Side apartment. It is Watergate time, 1973, and to Zuckerman the only other American who seems to be in as much trouble as himself is Richard Nixon. Zuckerman, at forty, is beset with crippling and unexplained physical pain; he wonders if the cause might not be his own inflammatory work. In The Prague Orgy (1985), entries from Zuckerman’s notebooks describing his 1976 sojourn among the outcast artists of Soviet-occupied Czechoslovakia reveal the major theme of Zuckerman Bound from a new perspective that provides the stinging conclusion to this richly ironic and intricately designed magnum opus. As an added feature, this volume publishes for the first time Roth’s unproduced television screenplay for The Prague Orgy, featuring new characters and scenes that do not appear in the novella. 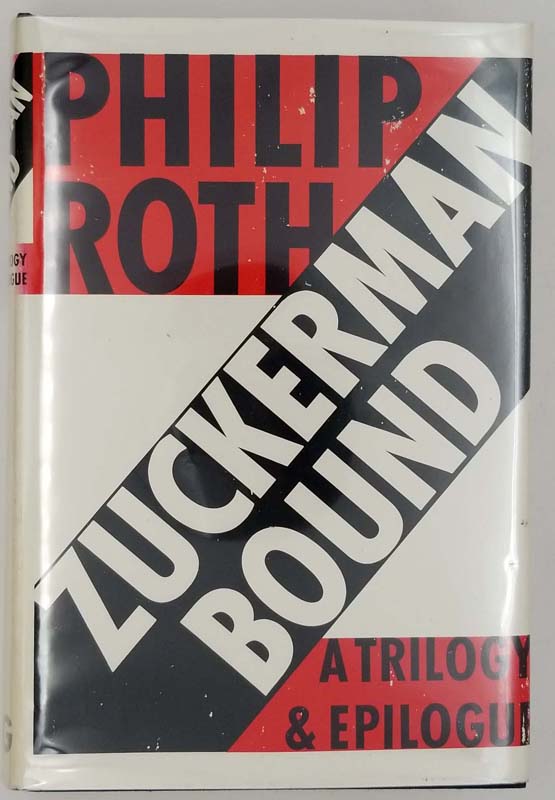