The 12 days of Christmas, a pop-up book by the famed Robert Sabuda. Anniversary Edition. Published in 2006 by Simon & Shuster. In new condition with the attached ornaments. New.

Robert James Sabuda is a children’s pop-up book artist and paper engineer. His recent books, such as those retelling the stories of The Wonderful Wizard of Oz and Alice in Wonderland, have been well received and critically acclaimed.
His interest in children’s book illustration began with an internship at Dial Books for Young Readers while attending the Pratt Institute. Initially working as a package designer, he illustrated his first children’s book series, of “Bulky Board Books”, in 1987. Wide recognition only came his way after he started designing pop-up books for children in 1994. 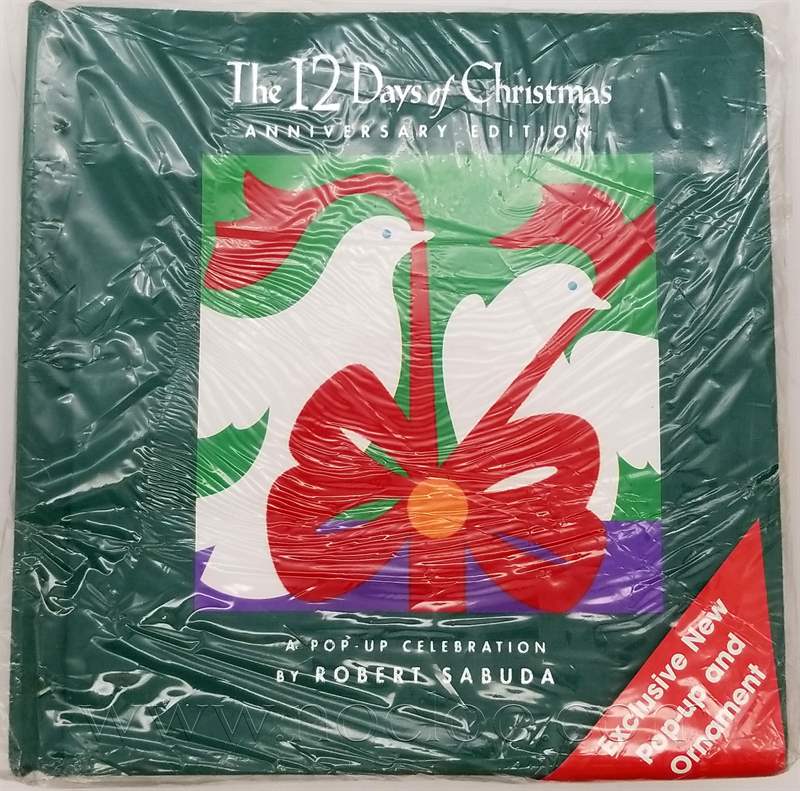