A series of fantasy novels about the animals that live in and around Redwall Abbey has propelled author Brian Jacques to international success with read­ers of all ages, Born in Liverpool, England, James Brian Jacques attended local Catholic schools until he became a sailor at age fifteen. He also worked as a longshoreman, truck driver, radio broadcaster, and professional comedian.

His first book was written to enter­tain the students at a school for the blind. Redwall (1986) concerns a community of field animals that join together to fight off an invad­ing army of rats. The plot contains many stan­dard fantasy elements, including the quest for a legendary sword, an awkward young hero who discovers the secret of his heritage, and the om­nipresent war between good and evil.

The sec­ond book in the series. Mossflower (1988), goes back in time to tell the story of Martin the Warrior, the original mouse hero of Redwall Ab­bey Mattimeo (1989), Muriel of Redwall (1991), Salamandaston (1993), and Martin the Warrior (1994) record the history of preceding and suc­ceeding generations. Some readers may find the novels too long and involved, but fantasy fans enjoy every page of the often thrilling adven­tures, which include detailed descriptions of battles and sumptuous feasts.

Brian Jacques’s Redwall stories have become a pub­lishing phenomenon; each new volume is re­leased to much publicity and fanfare, and sales instantly place it on bestseller lists. Although the author has proved his diversity with a collection of scary stories, Seven Strange and Ghostly Tales (1991), as well as Castaways of the Flying Dutch­man (2000), a richly textured reimagining of die famous “phantom ship” legend, he remains best known for his impressive multivolume fan­tasy.

Castaways of the Flying Dutchman series 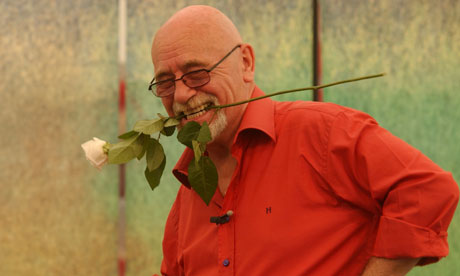