First edition, first printing, with no additional printings listed, as called for. A Very Good copy in a Good Jacket. The Dj has some tears, chippings and fading. Unclipped, with the price of $3.95 intact.

Like Kafka’s The Castle, Invitation to a Beheading embodies a vision of a bizarre and irrational world. In an unnamed dream country, the young man Cincinnatus C. is condemned to death by beheading for “gnostical turpitude,” an imaginary crime that defies definition. Cincinnatus spends his last days in an absurd jail, where he is visited by chimerical jailers, an executioner who masquerades as a fellow prisoner, and by his in-laws, who lug their furniture with them into his cell. When Cincinnatus is led out to be executed, he simply wills his executioners out of existence: they disappear, along with the whole world they inhabit. 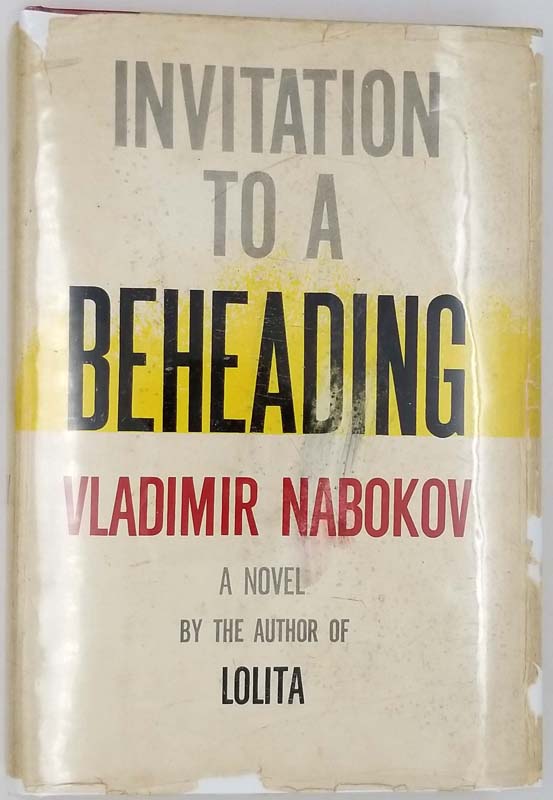