1948 reprint. Chipping on tail 0f the DJ, sunfaded. Tight binding, interior fine with no markings. DJ and frontis designed by John Coleman Burroughs. Overall a Near Fine copy in a Good DJ.

A young man named Brian Gregory has disappeared in Africa, looking for the fabled Father of Diamonds; his father and sister want to go rescue him, and they can only enlist Tarzan’s help because they know Captain Paul D’Arnot. By chance, Tarzan and Brian are lookalike, thus making some vile scoundrels to think Tarzan is Brian.

They are also heading out after the big old diamond. The Forbidden city is again in a secret valley, with two cities Ashair and Thobos in war, because of the Father of Diamonds. Tarzan has to fight many times against different foes, once even a mansize unicorn seahorse! 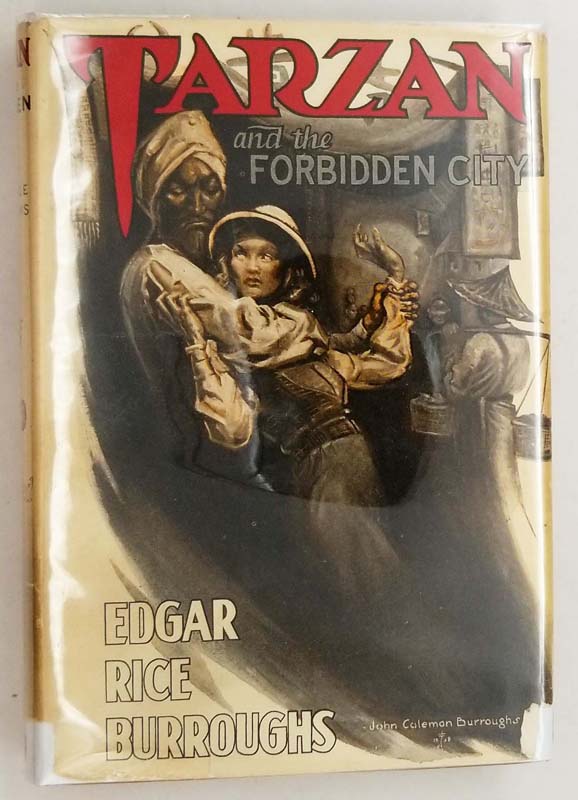