Experts in children’s literature consider George MacDonald’s fantasies both enlightening and entertaining. Children often think they are just plain fun. Fantasy writers have often turned to his books for inspiration. Whatever the audience, one thing is certain: The author’s stories contain highly adventurous plots, carefully constructed characteriza­tions, and plausible fantastic elements that are accessi­ble to a wide range of readers.

In The Princess and the Goblin (1872), MacDonald used the typical bipolar fairy-tale structure of opposite lands inhabited by very different characters, one human and one fantastic. The subterranean fantasy world is occupied by goblins who earlier rejected the human king’s rule and have established a continual battle with the people on earth. Above ground, the king’s daughter, Princess Irene, meets a commoner, the youthful miner Curdie. Throughout the story Curdie and Princess Irene travel and strive together in an effort to defeat the evil goblins.

George MacDonald employed common fantasy motifs found in earlier myth and folklore, among them the deviousness and mean-spiritedness of the goblins; the innocence and purity of the princess; and the courage and resourcefulness of Curdie. The plot follows the tra­ditional fairy-tale structure: A princess, entering a secret passage, finds her mysterious great-great-grandmother. Initially, she cannot return to her grandmother’s tower because she does not believe in her own earlier experi­ences.

The goblins hope to capture the princess and marry her off to their son so they can rule both the earth and the underworld, A poor boy saves the kingdom from disaster and gains the Icing’s blessing. In the sec­ond “Princess” book, The Princess and Curdie (1883), the action centers more on Curdie’s acceptance of the great-great-grandmother as “real.” In the end, Curdie once again helps save the king and he and Princess Irene are married.

While in many ways the stories resemble fairy tales, MacDonald created unusual fantasies that were light-hearted and entertaining. MacDonalds trusting youths could enter a fantasy world and survive only when they believed that earthly logic must give way to innocent faith. MacDonald depicted a world in which children become heroes because they believe in the mythic, supernatural, righteous spirits they encounter. Mac­Donald sent these heroes (and their readers) on a jour­ney through fantasy lands in order to promote his own beliefs in religious spiritualism. MacDonald wanted to entertain and to educate children at the same time. He sought to develop a style that placed children as “believers” within a context of religious allusions.

In addition to the “Princess” series, MacDonald’s audiences continue to read and enjoy his earlier mysti­cal story. At the Back of the North Wind (1871). North Wind contains the familiar home/away/home journey of the folkloric hero, but in this tale the hero returns to the mystical country, an ending more fitting to religious parables. Thus, the story is both a tale of the hero’s wel­come return in his own society and his acceptance of the ways of a new world.

MacDonald has been called the father of modern children’s fantasy. His literary patterns were imitated by later fantasy writers. J. R. R. Tolkien read MacDonald and credited him as a mentor. C. S. Lewis also read MacDonald and admired his talent. In his anthology of MacDonald’s work, Lewis wrote, “I have never concealed the fact that I regarded him as my master; indeed I fancy I have never written a book in which I did not quote from him.” 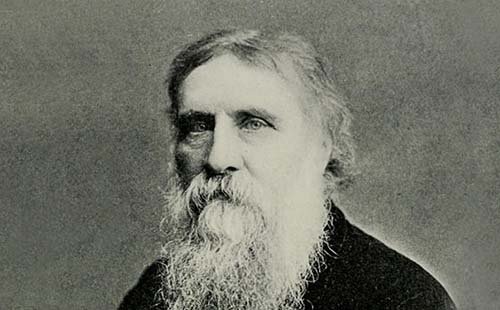