An anecdote about James Fenimore Cooper tells us that while he was read­ing a British novel one evening, he threw the book down in disgust, saying he could write a better story. Respond­ing to his wife’s challenge to do so, Cooper anonymous­ly wrote Precaution (1820) and privately published it. This book, which failed to do well, was believed by the public to have been written by an English gentlewoman.

In 1821 Cooper wrote The Spy, a book about the ficti­tious Harvey Birch, who helped the Americans win the Revolutionary War. This book’s immediate success caused it to be pirated and sold in England. Translations in French, German, and Italian soon appeared. With its international fame, The Spy set the standard for roman­tic, historical American novels and launched Cooper’s career as a writer of heroic American dramas; his his­toric tales soon rivaled those of England’s Sir Walter Scott.

James Fenimore Cooper, born into a wealthy family in Burlington, New Jersey, was the eleventh of twelve children. In 1790 his father purchased land near Otsego Lake in upper New York State, built a manor for his family, and invited settlers to inhabit Cooperstown, which he founded. Cooper was tutored locally, and entered Yale at thirteen but never graduated. After leaving Yale, he spent eleven months “before the mast” experiencing many adven­tures before returning home and becoming commis­sioned an ensign in the United States Navy. Later, he drew on his knowledge of sailors, the sea, and his own adventures to write swashbuckling successes like The Pilot (1823), The Red Rover (1828), The Water-Witch (1830), The Two Admirals (1842), and The Wing-and- Wing (1842).

Considering Cooper’s knowledge of the sea, it is iron­ic that he is best remembered for his “Leatherstocking Tales”: The Deerslayer (1841); The Last of the Mohicans (1826), his most popular story; The Pathfinder (1840); The Pioneers (1823); and The Prairie (1827). In these sto­ries, which portray the struggles of the Indians, the French, and the British to claim American land, he established the archetypal American hero, the frontiers­man. The “Leatherstocking Tales,” although not written sequentially, follow Natty Bumppo’s adventures from his youth to his death. Natty’s trusted companions and mentors are the American Indians Chingachgook and Uncas.

In each adventure Natty’s bravery and resourcefulness earn him a new title conferred by his Indian friends: Hawkeye, the Deerslayer, the Pathfinder, and, finally, the venerable title of Leatherstocking. Although Cooper’s books were written for adults, by the turn of the century they had become standard reading for chil­dren, and illustrated editions by N. C. Wyeth remain popular classics of children’s literature.

In his thirty years as an author, Cooper wrote thirty-three novels, many volumes of social commentary, a History of the Navy of the United States (1839), and five volumes on travel. That which, started as a challenge to write a book brought Cooper a profitable career of international fame in his lifetime. By present-day stan­dards, Cooper’s books tend to be too long, tedious, and moralistic; with characters who never sweat or get mud­dy, tattered, or bitten by insects.

They make it through all hardships as tidily as they entered. They were never meant to be thus blemished; Cooper’s books were romances. It was enough that he told a well-paced, epi­sodic tale of adventure. The mark he left on American literature was his creation of a new genre, the American story and the American hero; he firmly entrenched the sailor and frontiersman in the hearts of readers of all ages. 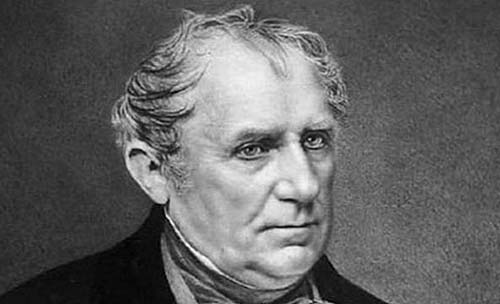