In 1991, Avi’s sea­faring adventure, The True Confessions of Charlotte Doyle (1990), was first named a Newbery Honor Book and then went on to win the Boston Globe-Horn Book Award for fiction. The following year, his novel Nothing but the Truth was chosen as an Honor Book for both those awards. Critics and readers began to re­evaluate this author, who had served a lengthy apprenticeship in children’s and young adult books. Although he had long been considered a dependable, solid writer, it had taken twenty years of published work before he was recog­nized as one of the most talented and inventive authors of his generation.

Born and raised in New York, Avi Wortis was such a poor writer during high school that he required a private tutor. He has credited this tutor with awakening his desire to become a writer. Avi received degrees in theater and his­tory from the University of Wisconsin and at­tended library school at Columbia ‘University He worked as a full-time librarian during much of his writing career. Avi began writing for the stage, without great success, but this early expe­rience is evident in his terse, dramatic style; In fact, his novel “Who Was That Mashed Man, Anyway?” (1992) is written entirely in unat­tributed dialogue without a single word of con­ventional narration.

Avi began Writing for young people only after he had children of his own. Starting with the publication of Things That Sometimes Happen (1970), he has become one of the most prolific creators in the field, producing books for all age groups and spanning numerous genres, includ­ing historical fiction (the two-volume Be­yond the Western Sea, 1996, and Don’t You Know There’s a War On?, 2001), fantasies (his Tales of Dimwood Forest series includes Poppy, 1995, which won the Boston Globe-Horn Book Award for fiction), thrillers, light comedies, and even a graphic novel (City of Light, City of Dark, 1993). Avi has been acclaimed for his versatility, although his audience has sometimes been lim­ited since his works cannot easily be slotted into a single category.

Despite their diversity, however, Avi’s books share a number of common traits. Most begin with a strong, attention-grabbing chapter that immediately captures the reader; they are often written in an episodic style, with short, tightly written scenes; and the multilevel storytelling offers a plot strong in incident and action, yet with a thematically rich subtext. Wolf Rider (1986) is a riveting suspense novel in Which Andy searches for a possible killer, but the book contains an equally strong subtext about trust and communication in die unfolding of the strained relationship between Andy and bis fa­ther.

The True Confessions of Charlotte Doyle is a wonderfully entertaining, finely detailed depic­tion of the 1832 ocean voyage during which Charlotte abandons the principles of her prim background and joins the ship’s crew in mutiny. On a deeper level, the novel is about Charlotte’s liberation from a family and a Society that have very restrictive and rigid expectations for a thirteen-year-old girl.

His fiftieth book, Crispin: The Cross of Lead, was awarded the Newbery Medal in 2003. Avi’s book Iron Thunder, about the ironclad Monitor and its battle with the CSS Virginia in Hampton Roads, Virginia, was selected as the 2009 Beacon of Freedom Award winner by Williamsburg Regional Library and Colonial Williamsburg Foundation

Perhaps the most innovative novel by Avi is Nothing but the Truth Presented as a pastiche Of memos, journal entries, newspaper articles, and dialogue blocks, it is the story Of a teenager’s disruptive classroom behavior and its snow­balling consequences. There are no simple an­swers in this novel, and each reader may come away with a different perception — but almost every reader will find the novel thought-pro­voking and the final scene overwhelmingly pow­erful.

As Avi’s books continue to grow in power and depth, readers Will continue to await each new book with high expectations. 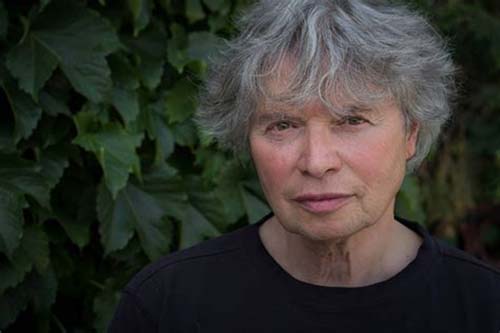