In the golden age of American illustration (1880-1915), Arthur Burdett Frost was one of the stars of a distinguished company and, like his fellow luminary and close friend Howard Pyle, equally an adults’ and a children’s illustrator. In A. B. Frost’s case, there was hardly a distinction. Children and adults alike “doubled up” (in the words of an English admirer) at the sight of “Our Cat Eats Rat Poison” and other devilish comic se­quences that first appeared in the back pages of Har­per’s Magazine and subsequently in the albums Stuff and Nonsense (1884) and The Bull Calf and Other Tales (1892).

All ages responded to his acutely observed, em­pathic illustrations, whether for stories in Harper’s, Century, and other magazines or for such widely read books as Frank Stockton’s Rudder Grange (1885) or Thomas Bailey Aldrich’s Story of a Bad Boy (1895). ln the economically expressive use of line he had no master.

His great subject— when other artists were satiriz­ing the rich or glorifying the past—was contemporary American rural life, its characters and crotchets. He caught the interplay between farmer and hired man, between humans and animals; atypically for his time, his rustics were not rubes and his animals were not fig­ures of fun. In a few pen strokes he also captured the look and lay of the land, the aspect of a particular locale.

Altogether A. B. Frost was not only well suited to illustrate Joel Chandler Harris’s Uncle Remus tales, but in their breadth and abundance of nuance, their combina­tion of humor and gravity, the doings of Brer Rabbit, Brer Fox, Brer B’ar, and the other creatures were a match for Frost’s gifts. Not that A. B. Frost was the meritable choice.

The first collection of tales, Uncle Remus: His Songs and Sayings (1881), was illustrated jointly by Fred­erick S. Church, who drew the animal episodes, and James H. Moser, who drew the plantation scenes. Harris was not happy with the work of either. In 1884 Century magazine commissioned A. B. Frost to illustrate a notable Harris short story, “Free Joe and the Rest of the World.” The author glowed: Instead of stereotypes, here was “character,” Southern American character, and “indi­viduality.”

On a sketching trip south Frost called on Harris in Atlanta, and the two men—both diffident redheads, both modest and strong-minded—traveled companionably together into the Georgia countryside. The outcome was a lively, longtime correspondence and a fruitful partner­ship. Harris’s one complaint about Frost’s illustrations in their first collaboration, Uncle Remus and His Friends (1892), was that there were not enough of them, a defi­ciency Frost remedied in the remake of Uncle Remus: His Songs and His Sayings (1895).

This classic edition, which Harris famously dedicated to A. B. Frost (“The book was mine, but you have made it yours, sap and pith”), boasts 112 small drawings spotted tellingly through the text, Ignoring some ambiguous secondary characters, A. B. Frost focuses to good effect on Uncle Remus and the animals. Physically, his Uncle Remus is modeled on Moser’s Georgia prototype, but he is also a personage, a figure of grave, dark-skinned dignity.

Brer Rabbit had a more distant model, Sir John Tenniel‘s White Rabbit in Alice in Wonderland, a depiction A. B. Frost knew, and knew well, as the vexed illustrator of later Lewis Carroll works. But where Tenniel’s White Rabbit is an English dandy, A. B. Frost’s Brer Rabbit is a rumpled Southerner. Like the other denizens of Wonderland, the White Rabbit is a fancy, an artifice, while Brer Rabbit, as conceived in black folklore, re­corded by Harris, and interpreted by Frost, is the most human of humanized animals. Turn a corner and there he might be, matching wits with Brer Fox or gulling Brer B’ar.

The success of the Joel Chandler Harris/A. B. Frost His Songs and His Sayings, in itself and in renewing interest in the Uncle Remus tales, gave rise both to new collections and to a variety of new editions. To this day, Arthur Burdett Frost’s work is fresh and undated. Early in his career, he could be called a caricaturist; in the aftermath, he exemplifies the illustra­tor as participant-observer. 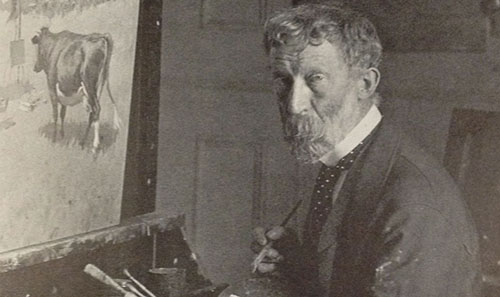 The Lion of Oz and the Badge of Courage – Roger S. Baum 1996 INSCRIBED

The Sinatra Treasures: Intimate Photos, Mementos, and Music from the Sinatra Family Collection