Mabel Lucie Attwell, bom on 4 June 1879 at Mile End in London. Attwell studied art at Heatherley’s School of Art and St. Martin’s School of Art, but completed neither course. Her drawings based on imaginary subjects were accepted by such magazines as the Bystander and the Tatler, and she received commissions from W. & R. Chambers, and illustrated ten books for them (1905-13).

In 1906 she designed her first poster, for London Underground, and in 1911 began designing postcards and greeting cards for Valentine’s, continuing this sort of commercial art for the rest of her life. (She had married Harold Earnshaw in 1908.) Her first “gift book” was done for Raphael Tuck in 1910.

Her pictures of chubby, winsome children enjoyed a tremendous vogue in magazines and books for the young; and her annuals, cards, posters, bathroom plaques and all sorts of ephemeral items continued to be incredibly popular through the thirties and into the forties. She was never short of work, and in 1943 she started the black and white strip cartoon for London Opinion called “Wot a Life”. She moved to Cornwall in 1945 with her son, Peter (her daughter Peggy Wickham became a talented artist and illustrator), and was kept busy by Valentine’s with her Lucie Attwell Annuals. She died on 5 November, 1964.

Some of her earlier illustrations for books were particularly appealing, but later works have been criticized for providing little variety in concept or technique. “Perhaps the most successful book of her career — the 1910 Alice in Wonderland — is the one in which she was able to combine the linear strengths of [John Hassall and the brothers Charles and William Heath Robinson] with her own feeling for child gesture and homely detail, but before long she began to exploit the latter in a way which, while leading to wide commercial success, was at the cost of compositional values and the integrity of illustration and text to be illustrated.

In such books as The Water Babies, Peter Pan, and Grimm’s Fairy Tales the graphic design was weakened through the introduction of too many extraneous elves and gauzy fairies, while the content of the portraiture in the pictures often ran counter to the intentions of the text”. Carpenter has written in the same vein — “Such genuine talent as she had was soon submerged in the mediocrity of endless pictures of chubby, dimpled babies and infants, so that her name became synonymous in Britain with the sentimentalization of childhood.” 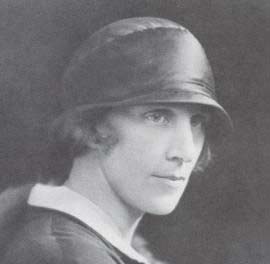