Mabel Lucie Attwell (4 June 1879 – 5 November 1964) was a British illustrator. She was known for her cute, nostalgic drawings of children, based on her daughter, Peggy. Her drawings are featured on many postcards, advertisements, posters, books and figurines.

Mabel Lucie Attwell is one of the most well-known and loved woman illustrators of the Golden Age. It’s easy to see why, her illustrations lacks details and some overly “sweet”. But her chubby, winsome figures, simple palette, catchy composition is pleasing to the eyes won over the hearts of many children a hundred years ago and still do today. Many of her books are still in print to this date.

Peter Pan is a fictional character created by Scottish novelist and playwright J. M. Barrie. A free-spirited and mischievous young boy who can fly and never grows up, Peter Pan spends his never-ending childhood having adventures on the mythical island of Neverland as the leader of the Lost Boys, interacting with fairies, pirates, mermaids, Native Americans, and occasionally ordinary children from the world outside Neverland.

Peter Pan has become a cultural icon symbolizing youthful innocence and escapism. In addition to two distinct works by Barrie, the character has been featured in a variety of media and merchandise, both adapting and expanding on Barrie’s works. 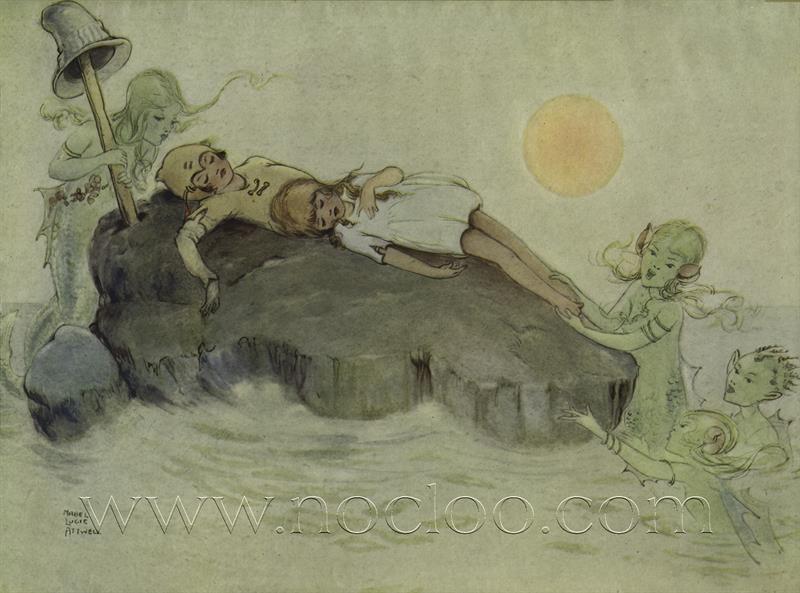